Did the Dallas Housing Authority blow through its federally funded annual budget in the first half of 2018?

No, but that was incorrectly reported last month.

The housing authority went so far as to put up a fact sheet to dispute the claim.

“In fact, the current shortfall projection is less than one month of its total annual [housing assistance payment] expenses,” the website states, without specifying the dollar amount.

The agency says it has the funds to support 16,700 Dallas County residents who currently have housing vouchers.

While the Mayor and City Council might’ve been in the dark about the shortfall, the website says the housing authority reported the shortfall to the U.S. Department of Housing and Urban Development, which funds the organization and that there is no requirement for City Council to review its budget.

“DHA’s leadership team proactively implemented cost containment measures and is working closely with HUD. DHA anticipates that HUD will provide the appropriate levels of funding toward the end of the year, when the funds are required.”

An earlier version of this story confused the Dallas Housing Authority, an independent local government entity, with the City of Dallas’ housing department. 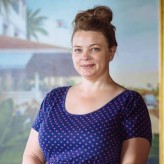 Dallas' Cement City is gone, save an old, obscure cemetery